Home > Events > Open Call for the FACE TO FAITH project

Open Call for the FACE TO FAITH project

We now invite all interested artists from all backgrounds to propose new project ideas related to the topic of faith.

We live in a society, where faith in a religious and social sense is very important for the majority of people. In the city of Lviv, the majority of inhabitants consider themselves as believers in God, and nationwide this percentage is slightly lower – more than half. As well, a vast majority of people tend to believe in conspiracy theories in the world or are supporting stories, which might contradict their faith. In fact, religion is a very important aspect of politics. In Ukraine recently faith in media stories has played an important role in selecting a political party and a leader, believing what the media showed despite the real representation of facts.

What role does the faith play in modern Ukrainian society – democratic, fair and free from corruption, the one we are trying to create and obtain in the postcolonial transformation time. We are looking to receive applications from artistic theatre directors, who would like to dive deeper into the discovery and observation of this complicated and important topic in our society to create a theatrical piece that would receive feedback, and will obtain local and international interest.

Topics that are relevant to us:

FACE TO FAITH: Call for proposals

“At the core of faith, there is always a great narrative that locates us in the universe.”

Face to Faith is an international cooperation project aiming to understand the diverse meanings of faith for the European societies. 7 project partners – international theatres and festivals from the Czech Republic, Finland, Germany, Italy, Israel, Poland and Ukraine – will investigate “faith” through conferences and performing arts productions.

We now invite all interested artists from all backgrounds to propose new project ideas related to the topic of faith.

In the Face to Faith project, we will produce 7 new performance productions, and each of the 7 project partners will manage one of the productions. After the premiere in the producing partner organisation, the project will tour each production in at least one other Face to Faith partner city. The productions will premier between October 2021 and September 2022; further information on the schedules below.

The Face to Faith project is co-funded by the Creative Europe Programme of the European Union.

What do we offer?

Face to Faith is an international arena, a fascinating network and a reliable production platform. The project will provide each production with a production budget. Please indicate your needs and propose a budget in the application form (see below).

The questions of equality, diversity and anti-racism are a fixed part of our curating process. We encourage especially artists with diverse and marginalised backgrounds to send their proposals to us!

Please read carefully the general announcement on this page and make sure that your proposal fits the idea and conditions of the Face to Faith project.

Submit an application to one of the 7 Face to Faith partners, using an electric form. Links to the electric application forms can be found on each organizations’ announcement.

Follow the links below to read the specific announcements of the partner organizations regarding thematic focuses and organization specific conditions and schedules for your production:

Project proposals should respond to the specific needs and priorities described by the organisation you apply to.

We aim to inform the results to all the applicants by the end of May 2021.

Background of the project

At the core of faith, there is always a great narrative that locates us in the universe. In almost all regions of the world, people have developed a culture of faith. Yet the contents and forms of expression differ greatly from one another.

Whether as an organized religion or as shared inner convictions, faith can develop an integrative power and promote the identity of groups. It can break down boundaries and shackles, offer comfort and give meaning to life.

At the same time, beliefs can exclude or separate people from one another. They can radicalize people to such an extent that only one’s own faith is recognized and all others must be fought. But the history of faith also includes its strict rejection in the form of atheistic worldviews. And the more pluralistic our societies become, the more diverse and creative people live and act according to their own faith.

Whatsoever, one thing seems clear: our faith tells us who we are, who we were, and who we want to be. 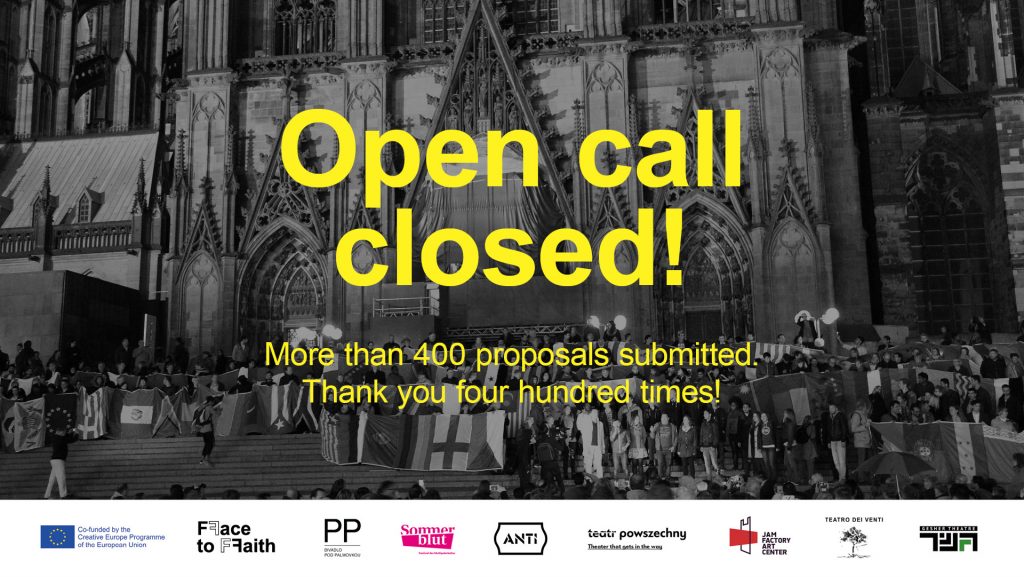